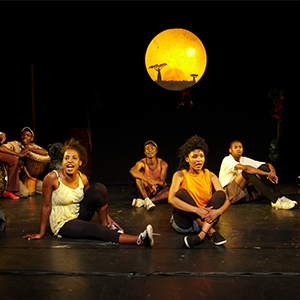 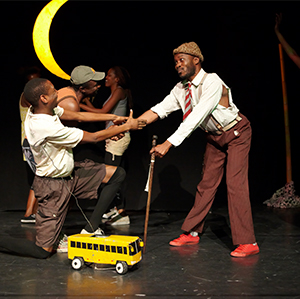 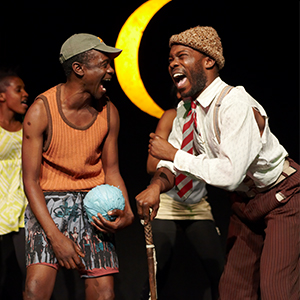 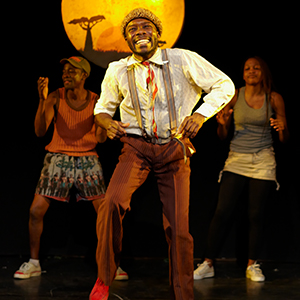 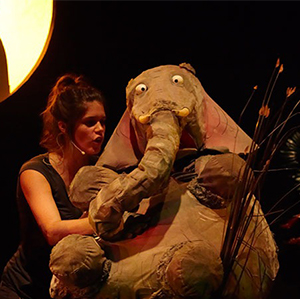 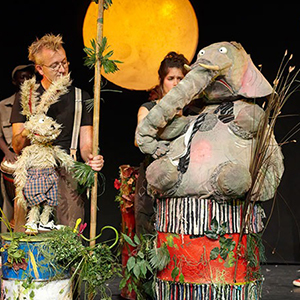 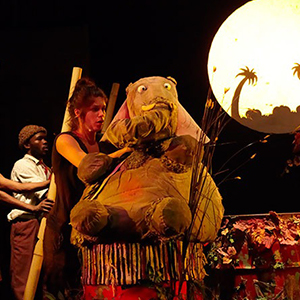 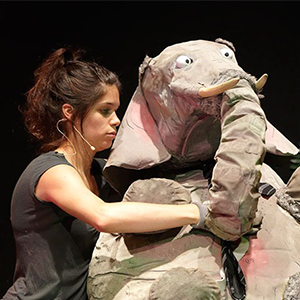 "How bad conscience started"
In this African fairytale dance, acting, puppet theatre and African as well as European music are all used to tell the story. The powerful ensemble IYASA from Zimbabwe composed and sung the music for this piece. Theatro Piccolo added instrumental parts and final editing. It is suitable for children as well as adults. It’s Comic, touching and always flows with a certain sense of humor. The piece teaches people that they must share, they must not be greedy and that it’s not size that makes you better than others.

Content:
The story is about an elephant and a rabbit, who cultivate a pumpkin field together. The rabbit's pumpkins are bigger and juicier which makes the elephant angry and jealous. When some of the rabbit's pumpkins go mysteriously missing, he hides in one of the fruits and is swallowed as a whole by the elephant who himself from there on hears the rabbit's voice from inside his belly accusing him of stealing the pumpkins. In the end the elephant even thinks it’s the moon talking to him yet in deep meaning it is voice of his bad conscience. A bad conscience is like the moon in the way that it follows us everywhere and there is no means to escape it.